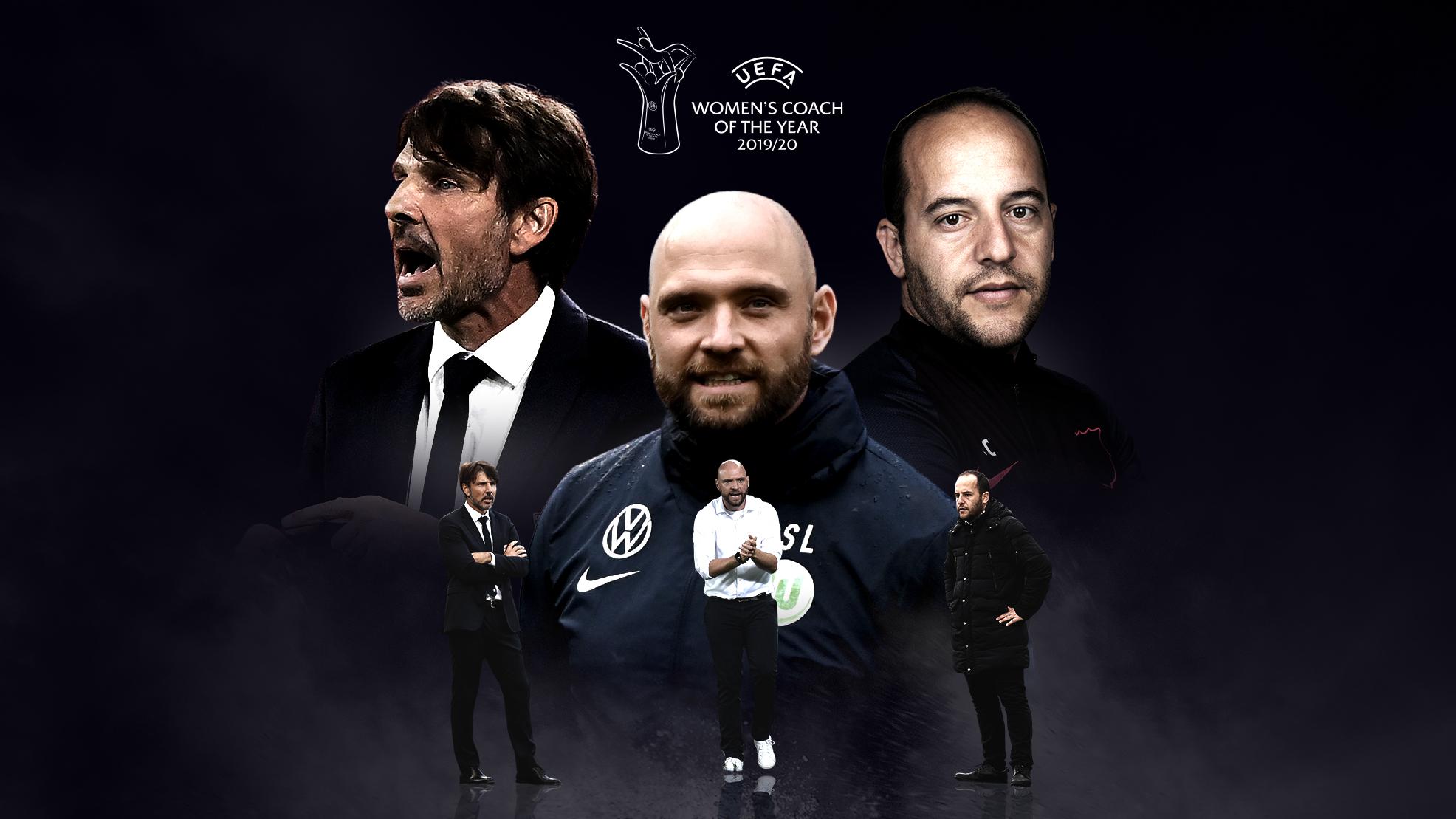 Barcelona’s Lluís Cortés, Wolfsburg’s Stephan Lerch and Lyon’s Jean-Luc Vasseur are on the shortlist for the first UEFA Women’s Coach of the Year award.

Lluís Cortés (Barcelona)
Promoted to head coach in January 2019 and led Barcelona to that year’s UEFA Women’s Champions League final, this season he took them to the semis, narrowly losing to Wolfsburg, and ended a five-year wait for a record-equalling fifth Spanish title.

Stephan Lerch (Wolfsburg)
Took Wolfsburg to the UEFA Women’s Champions League final after securing his third German double in as many seasons as head coach.

Jean-Luc Vasseur (Lyon)
Appointed this season for his first role in female football, his Lyon side completed only the second perfect campaign in UEFA women’s club competition to clinch their fifth title in a row and seventh overall, as well as another French double.

The rest of the top ten

What is the UEFA Women’s Coach of the Year award?

For this award, coaches in Europe, irrespective of nationality, have been judged in regard to their performances over the whole season in all competitions – both domestically and internationally – at either club, or national team level.

How were the players shortlisted?

The shortlist of three coaches was selected by a jury composed of the coaches of the eight clubs which participated in the quarter-finals of the 2019/20 UEFA Women’s Champions League and 20 journalists specialising in women’s football and selected by the ESM group.

Jury members chose their top three coaches, with the first receiving five points, the second three and the third one. Coaches were not allowed to vote for themselves.